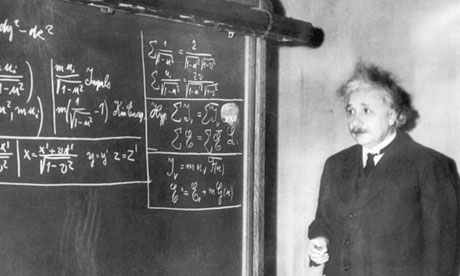 What is Special Relativity?

It's a theory proposed by Albert Einstein in 1905 in the Paper "On the Electrodynamics of Moving Bodies"[1], that corrects Newton's mechanics laws in situations involving motions nearing the speed the light.

The problem Einstein is trying to resolve is conceptually quite simple: "How events that happen in space and time are measured in different frames of reference moving in a constant motion relative to each other, in the absence of gravity?".

Einstein based his theory on two fundamental postulates:

These two fundamental assumptions and in particular the revolutionary one, i.e the constancy of speed of light, have  the following drastic and counterintuitive consequences when relative velocities are close to speed of light.

The theory is 'special'[3] in the fact that it only applies in the case where the spacetime is flat, and not curved by the presence of mass/energy.

The equivalence of space time curvature and gravity will be established by Einstein himself in the General Relativity Theory formulated 10 years later, in 1915.