In this section, as an exercise, we will calculate the Christoffel symbols using polar coordinates for a two-dimensional Euclidean plan. 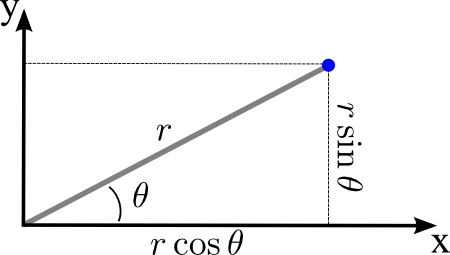 and given the fact that, as stated in Geodesic equation and Christoffel symbols

The eight Christoffel symbols to find are summarized in the two matrix below, with the symbols being symmetric on the lower index (meaning that the connection coefficients that are linked below by the blue arrow are equal).

Let's start by populating the four values of the first matrix with r as upper indice: 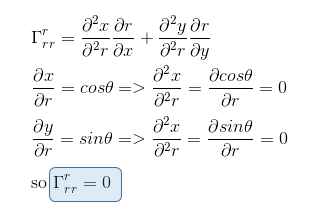 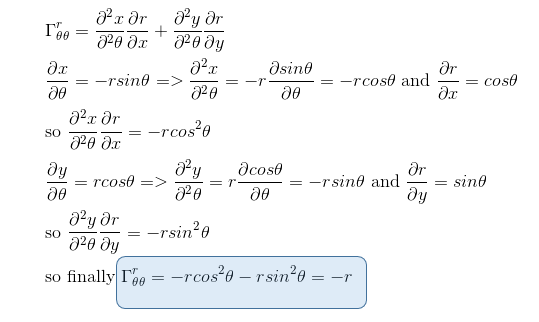 So finally we get the first matrix equal to:

Let's calculate now the four following coefficients, all with θ as upper indice: 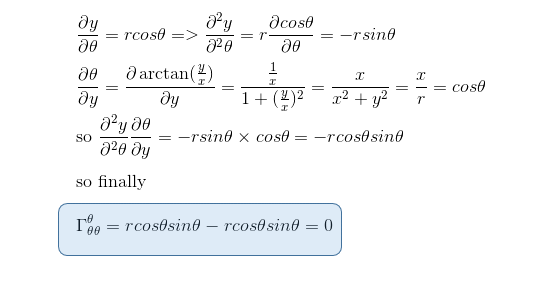 The calculation for the last coefficient gives:

Finally the last four Christoffel symbols can be summarized as follow: